The world of fine dining encompasses countless restaurants, all plating exceptional dishes to the delight of discerning guests. Still, gourmands the world over understand there are some honors that transcend a simple good online review. Since 1904, the Michelin Guide — and its eponymous stars, awarded for overwhelming quality of food and service — has been the preeminent authority recognizing eateries par excellence. As such, a Michelin rating is an extremely coveted feather in the cap of any bistro worth a trip. Several establishments in “America’s Finest City” have been awarded this sought-after recognition. So if you’re looking for some of the best dining the area has to offer, you’ll want to check out our guide to Michelin-rated restaurants in San Diego.

Cesarina (5.4 miles from the hotel) 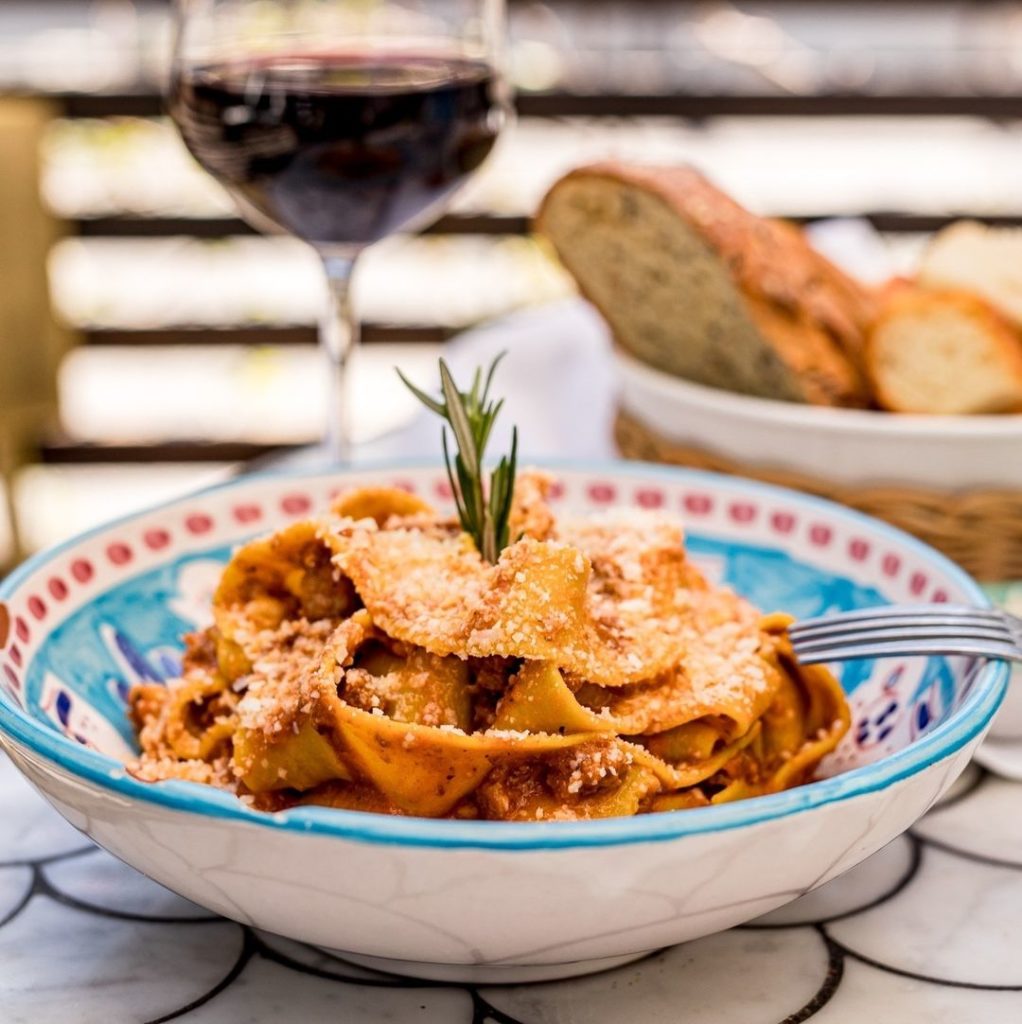 Opened in 2019 by a trio of Italian natives, Cesarina has wasted no time earning legendary status in just a few short years. Their brand of from-scratch continental cooking both innovates and honors timeless traditions. What the Michelin Guide says: ”Most of the menu is mix-and-match, with a selection of pasta shapes and sauces that can be paired to your liking (though the friendly servers may nudge you away from a bad combo). Those on a quest for indulgence should look no further than the truffled gnocchi with a cream sauce, served in its own copper pot.” 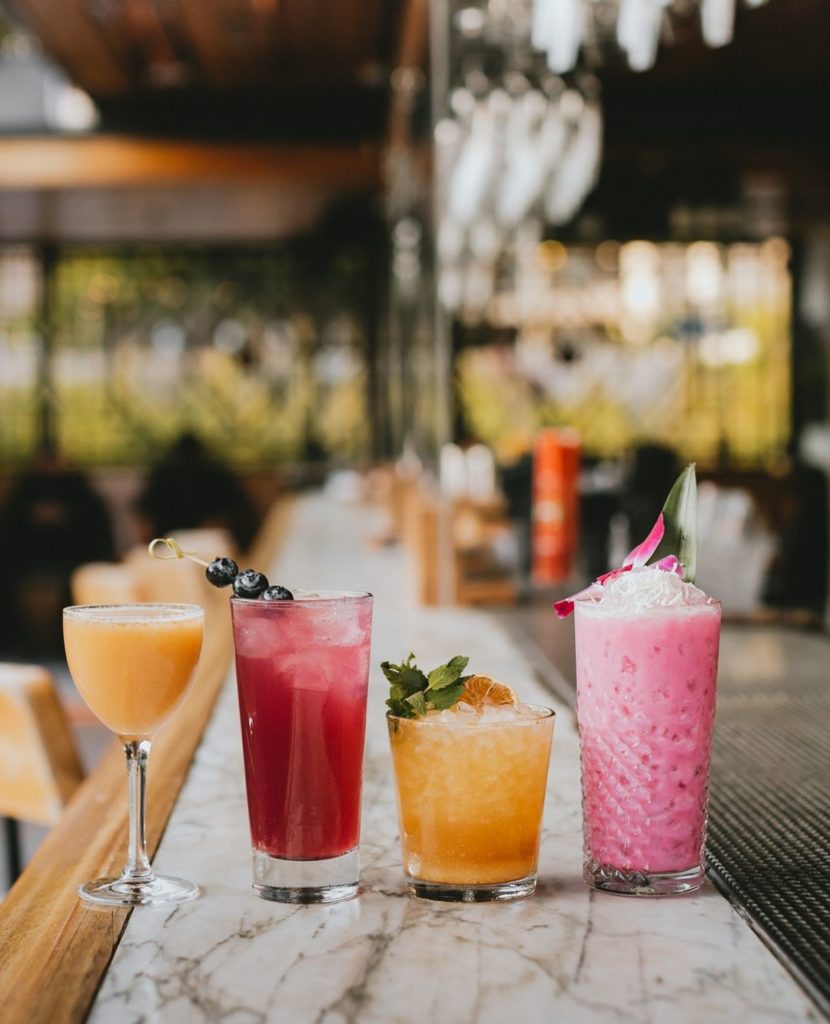 With an ever-rotating menu that focuses on fresh, local, and seasonal ingredients, Kettner Exchange is rarely the same experience twice. The cocktail program — served on a sunny open rooftop patio — also reliably wows guests. What the Michelin Guide says: “The menu presents dishes from around the globe, such as ‘ribbons’ of bigeye tuna tangled with sliced avocado and much more in a flavorful makrut lime and soy marinade. Of course, those plump and tender duck meatballs are an instant classic, set over cheesy grits and smothered in tomato sauce.” 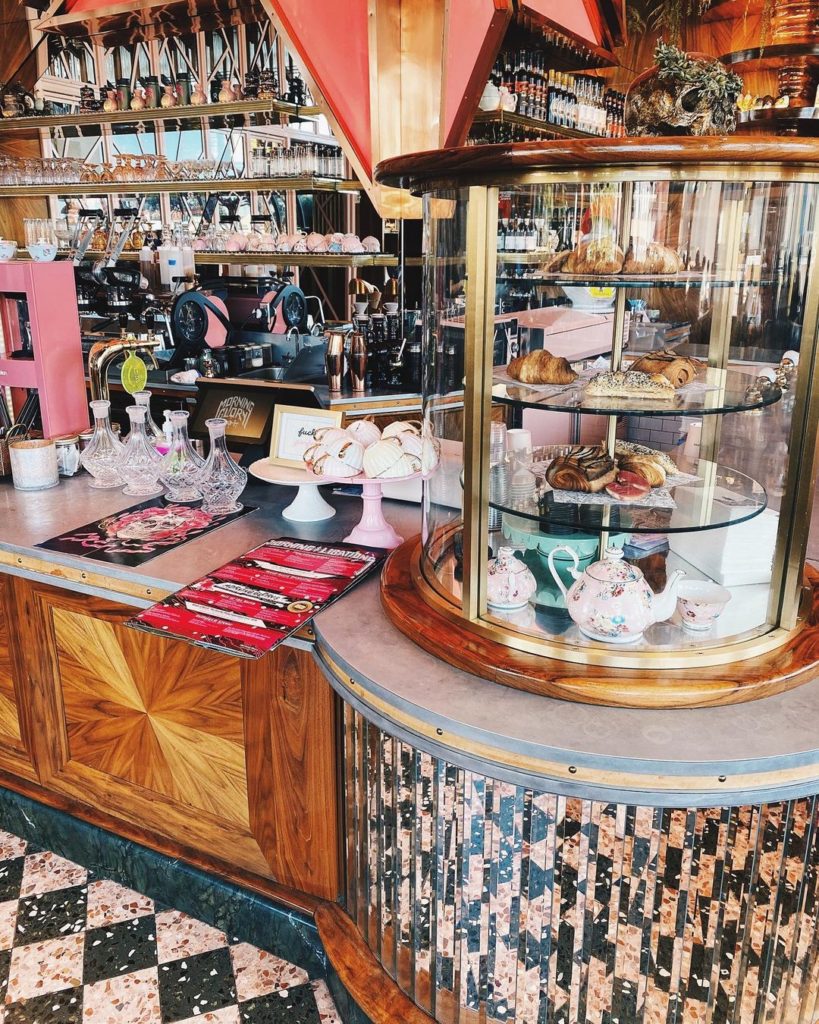 Morning Glory exists as something of an anomaly in San Diego’s restaurant scene, in that they exclusively serve breakfast. But since early-riser respite is all they do, you know you’re in for something special when you wake up early enough to make the trip. What the Michelin Guide says: “It’s all about familiar-seeming favorites and of-the-moment meals—hello, avocado toast and shakshuka. Fluffy soufflé pancakes are worth waking up for, and fried rice with pork belly plus two eggs with runny yolks is a great riff on tradition. The dirty scallop slice is a thick rectangle of potatoes au gratin fried to golden, then doused in rich sausage gravy for next-level enjoyment.” 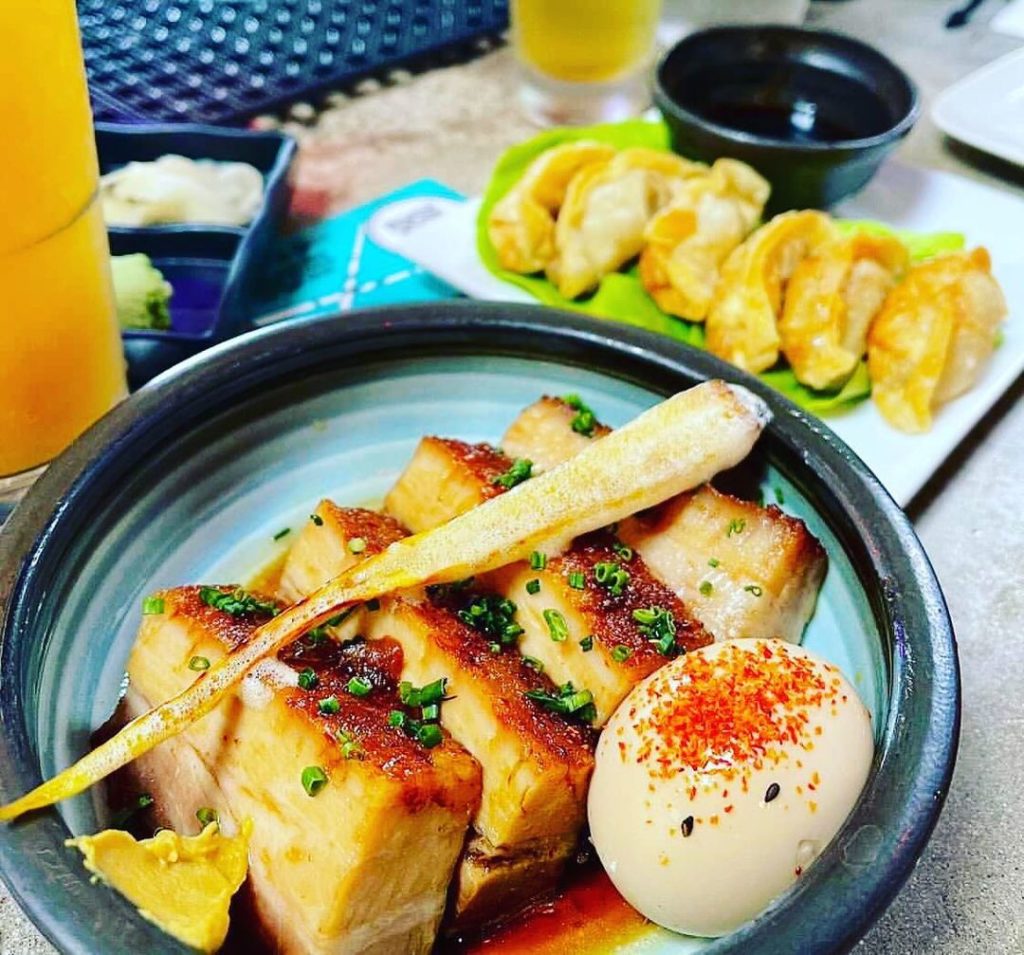 This harbor-view hot spot has created a fresh and funky fusion of two complementary ideas: Japanese delicacies served Spanish-tapas-style. The shareable small plates here are each carefully prepared to offer tantalizing taste. What the Michelin Guide says: “Entrées include duck breast with golden tomato confit, miso-glazed black cod or even Wagyu grilled tableside on a yakitori. The sashimi is straight-up sublime, but it’s the envelope-pushing items that make the most impact. Contemporary maki, including the 30th & University roll with minced crab, scallops and seared Wagyu, are a hit among the hungry hordes.” 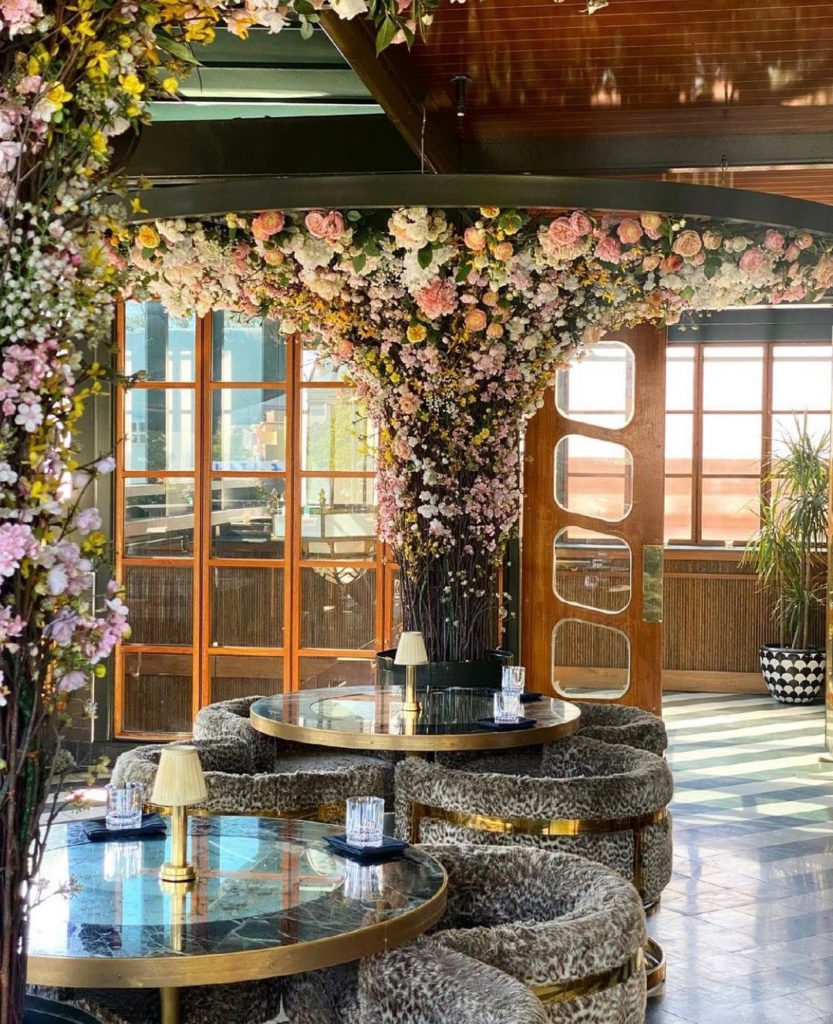 Steak is the star at this outstanding meatery, with a selection of prime, dry-aged cuts making up the majority of the menu. Expect intimate service, striking decor, and a serving of steak you’ll dream about long after it’s gone. What the Michelin Guide says: “Waiters dressed in tuxedos and Converse shoes drift between tables, pushing nostalgic tableside carts where they whip up starters on the spot or pour a drink to order. Certainly, you’re here for the impeccably cooked steaks, but don’t miss the tartare, prepared tableside with quail egg, capers and cornichons (to name just a few embellishments) and served with herbed aïoli.” 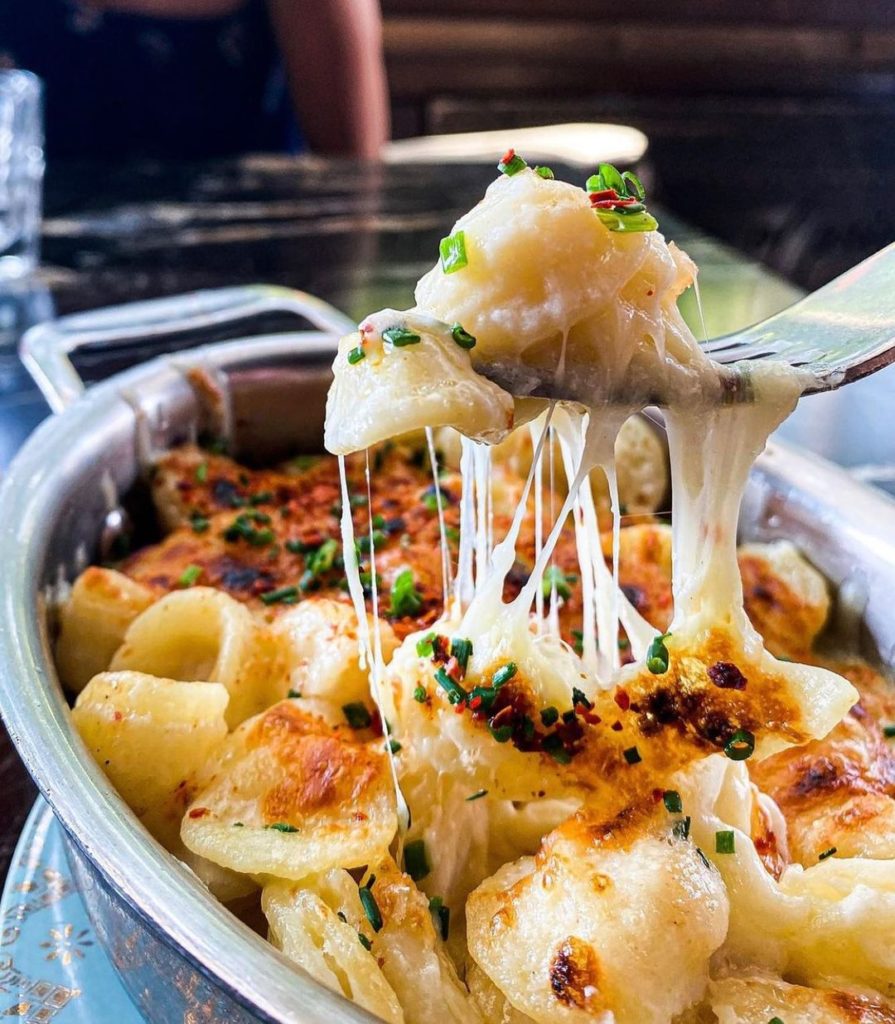 Cuisine cooked the old-fashioned way — in a wood-fired stove — is how they roll at this Little Italy eatery. The atmosphere is worth noting as well, given its cozy hunting-lodge aesthetic. What the Michelin Guide says: “Flames work their magic on grilled oysters, smoked Duroc pork tenderloin with red mole as well as boar sausage with gnocchi. Even Brussels sprouts are amped up with thick chunks of rich pork belly. Finally, get a spoon for the cornbread, which is best eaten from its skillet with a dollop of honey-thyme butter.” 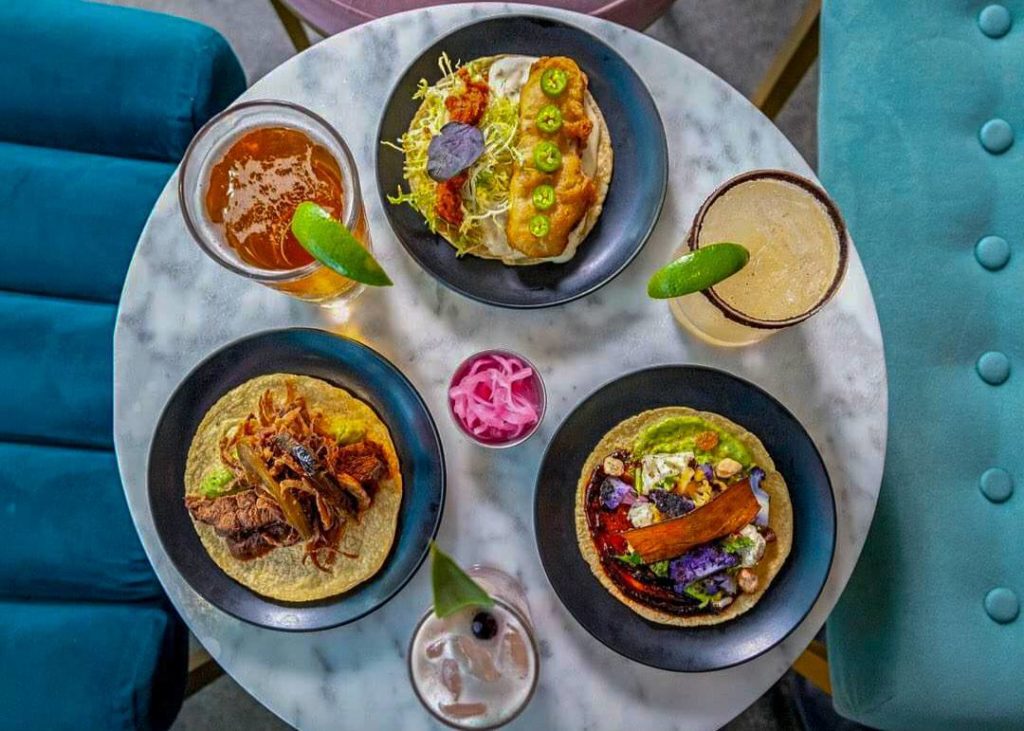 Thanks to our proximity to the border, San Diego has long been recognized as a hub for delicious and authentic Mexican cuisine. But there is perhaps no outlet for Mexican food quite so celebrated as Lola 55. What the Michelin Guide says: “There may be plenty of taquerias around town, but this East Village gem is of a slightly different breed. The airy space, with its high ceilings, concrete floors and a full bar with lounge, reads über-cool. However, it’s more than just about good looks—their tacos are what draw the crowds.” 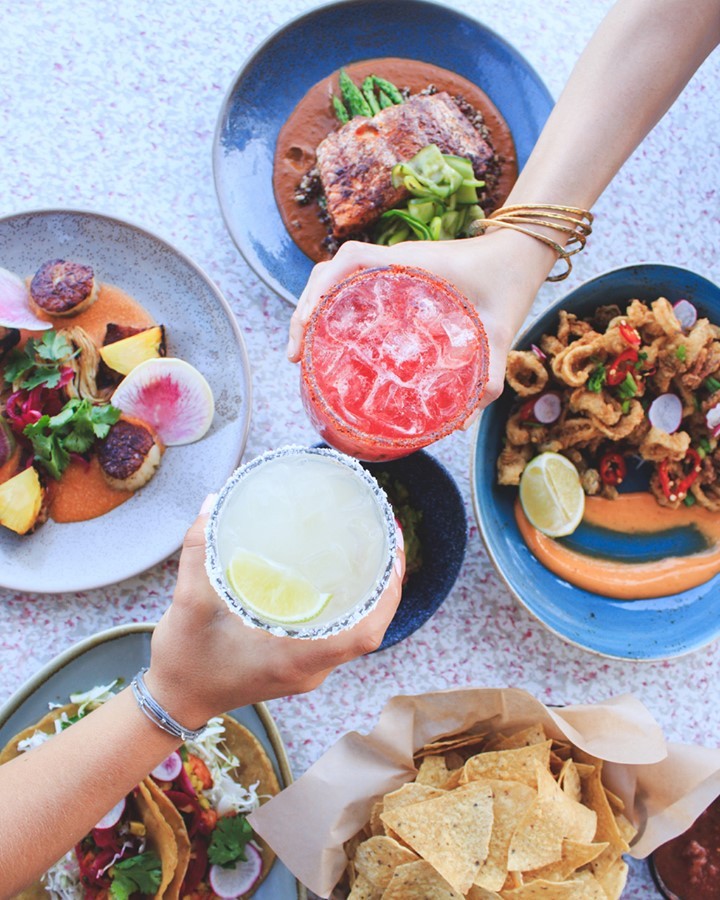 Billing itself as “Modern Mexican,” Coasterra’s menu offers unique twists on age-old traditions. Given the restaurant’s location at the eastern top of Harbor Island, the downtown views are just as much of a draw as what’s on the plate. What the Michelin Guide says: “Chef Deborah Scott nicely balances old-school and new-world takes on upscale Mexican fare. In the former, you’ll find delicious guacamole, made tableside; while in the latter, a smoked beet tartare tostada with king trumpet mushrooms and peanut salsa. Chicken enchiladas ‘divorciadas,’ with a duo of sauces are a memorable indulgence, as are piping-hot churros for dessert.” 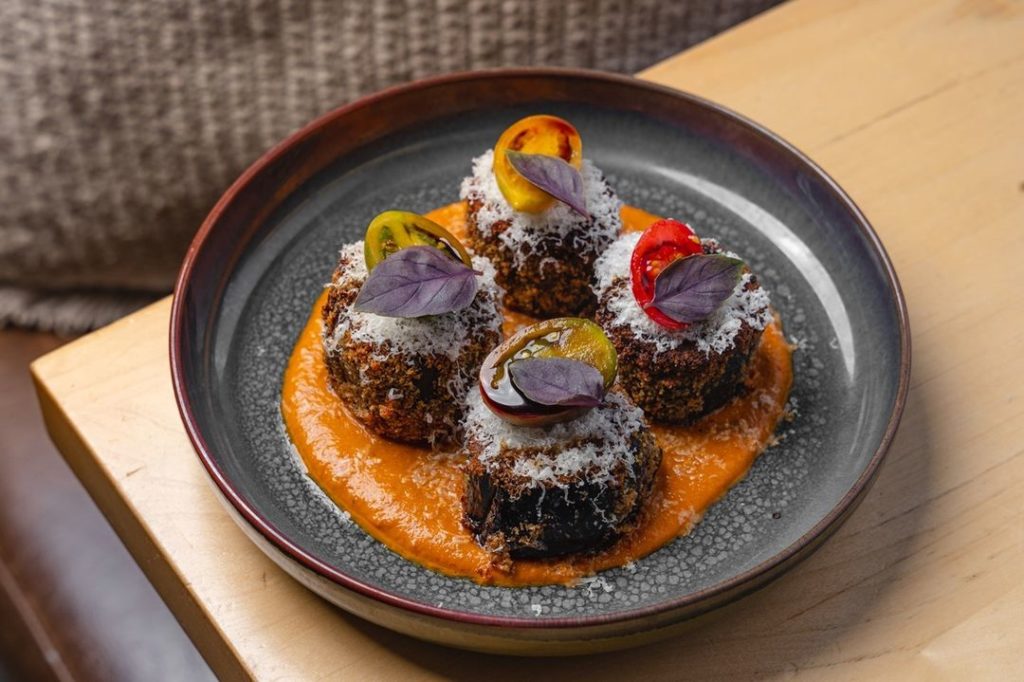 Even among the staggering number of fantastic restaurants in San Diego’s Little Italy neighborhood, Nolita Hall stands out. Inspired by Europe’s timeless beer halls, Nolita Hall is the hip hangout that always draws a crowd. What the Michelin Guide says: “Wood-fired Neapolitan pizzas take center stage and are the perfect chaser to the 20-something, mostly local beers on tap. The Y Tu Bruté salad is a delicious take on the Caesar, while charred sugar snap peas and baby carrots go to show that this kitchen is full of surprises.”

Savor It for Yourself

Ready to sample all the Michelin-Rated Restaurants in San Diego for yourself? Don’t miss the Special Offers at our San Diego hotel to enjoy the best rates on your stay.